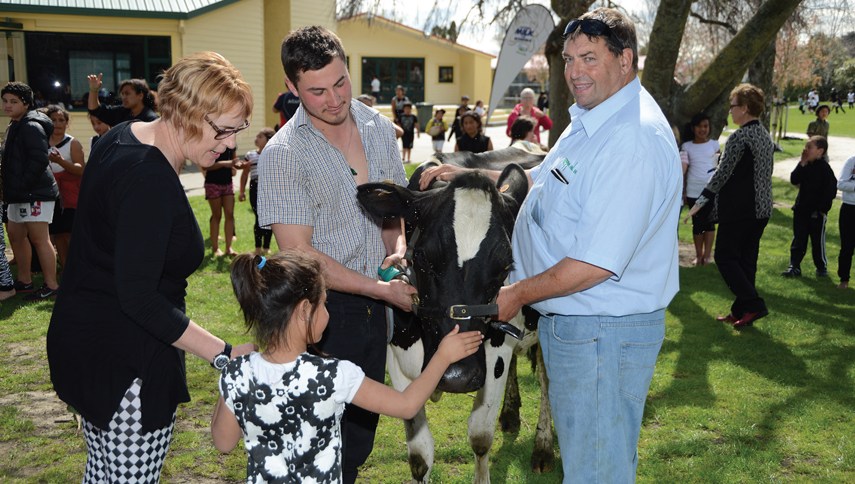 Giving back is gold

Giving back is gold

Looking beyond the farm gate and getting involved with the local community has brought fresh energy and a ton of satisfaction to Hawke’s Bay farmers, Eliot and Mary Cooper.

Eliot’s idea was to give city kids in Hastings a taste of farm life by holding Calf Days at his Hastings property. He wanted to do his bit to bridge the town-country divide and show youngsters what it’s actually like to be on a farm. His bright idea has worked a treat, and been a great contributor to his own health and wellbeing. “When we moved here four years ago, I had the idea of getting school kids to help rear a calf. We got the project underway at Flaxmere Primary School, a local school with a large Māori and Pacific population.”

Calf day on the farm

The Calf Days involve a class, usually 28-30 children, coming to Eliot and Mary’s property for a morning a week, over a six-to-eight week period. They each have a calf to rear during that time. They spend about three hours, learning to mix the milk powder and feed their calf, and learning how to groom and lead them about.

Running the scheme can be hard work but it’s well worth it, says Eliot. “We make sure the kids get well fed when they are here. They clearly enjoy it. There’s no absenteeism on the day they come here. They do the calves and before lunch they’ll sing a couple of songs for us, which is pretty cool. Some of them can really sing. Beautiful voices.”

The culmination of the scheme is a pet day back at the school when Eliot transports all 30 calves to the school. “It’s unbelievable,” says Eliot. “There’s great excitement in the school and lots of prizes are given out for different things. It’s a great day, one you don’t forget.”

The real energiser for Eliot is seeing how much the kids change as a result of the scheme. “The change is amazing. The teachers will tell you. It’s huge.”

“There’s one case of a young chap, a very quiet kid. He did the calf scheme and went on to become a leader in the school. That was the scale of the transformation. It just opened him up. It’s stories like that that are the real reward, the bit you don’t think of when you start something like this. That’s the real cream, that’s what makes you want to do it again.

In an age when automation is taking away jobs at a rapid rate, it’s really important to give young people an idea of what the farming life has to offer, says Eliot. It’s great to involve Māori kids in particular “because over the years with the staff we’ve had I’ve found that Māori have a natural affinity with stock.”

“There are plenty of opportunities in farming, that’s for sure. I’m not saying all of the kids will grow up wanting to be farmers, but I’m sure some of them will want to give it a go.”

A passion for the land

The Calf Days take place on Eliot and Mary’s lifestyle property in Pakipaki, Hastings but the main farming business is in Central Hawke’s Bay. They milk around 600 cows on a 280-hectare dairy farm, and have four staff.
Eliot has wanted to be a farmer for as long as he can remember and has never wavered in his love for the job.

“It’s the lifestyle but even more it’s the passion and enjoyment I get from animals. I love the challenges that nature puts in front of you. You’ll never beat Mother Nature but you can have a lot of fun trying!

“The best part of the day is very early morning. You can’t replace that. It’s just a wonderful feeling. You’re isolated, you’re totally unaware of what’s going on in the world, and you just get on with it, dealing with the livestock and making decisions.” There are definitely major stresses that go with farming, says Eliot, “related mostly to the things that are completely out of your control.”

“But there’s a big difference between dealing with climatic stuff and the volatility around the commodity markets which is much more stressful and incredibly challenging.”

Eliot deals with the stresses in a number of ways. After some years working in equity partnerships and consulting in other parts of the farming industry, he made the decision to “go back into the sheds and get more active on the farm. I didn’t want to get to 60 and have regrets.

“Different things do it for different people but for me nothing is as rewarding as getting involved in day-to-day work on the farm. For me the fun is in doing as much as you can yourself.”

Eliot is conscious of the need to sleep well and eat well, and the strong relationship he has with his wife Mary means he can always talk about things with her.

“You look at successful farming businesses, they are pretty much all a husband-and-wife operation. There are no secrets with Mary and I – they’re always joint decisions. Things are well talked-through.”

Self-knowledge plays a big part in keeping yourself well too, says Eliot. “I’m quite an extroverted person and, knowing that, I make sure I have people around me. I keep myself well-connected to people, that’s really helpful, and have friends that I can talk to. There’s a difference between a mate and a friend, you know?

“I make sure I have outside interests too. We breed horses here and I am a director of the Hawke’s Bay Racing Club.”

In terms of keeping things positive he has a rule of keeping reps off the farm unless they have an appointment. “We just don’t make ourselves available because over all my years of farming I’ve found that when things are tough, they’ll come in talking about how tough things are. They’ll drag you down and really they’ve got no idea. So no cold-calling”

A healthy focus on the positives

Focusing on the positive is one of the techniques which Eliot learned about at the Farmstrong Healthy Thinking workshop he attended.

“Farmstrong is very timely. You need a strong commitment to keeping yourself well because the farming environment is bloody challenging, and there are so many decisions you have to make every hour of the day. The Farmstrong message is vital, it gets people talking and thinking.”

Mention positive thoughts, and there’s one particular memory of Calf Day that always makes Eliot laugh. It’s a memory that shows how giving back is gold.

“One year we had some pigs on the farm. On the first day this little fella, after looking at the pigs, comes up to me, puts his hand on my shoulder, and says to me, ‘You like pork, Mr. Elliot?’ I said, ‘Yip, I don’t mind a bit of pork, mate.’ And he says, ‘Well, when you’re having your pork, you just think of me, because I love pork.’ I just erupted in laughter. This was a kid I’d known for five minutes. What a character!” 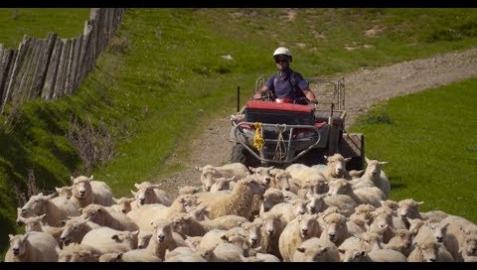 Farmers on stress and how they cope with it

Three farming couples discuss how they recognise the warning signs of stress and manage it, so it doesn’t negatively impact their business and personal wellbeing. 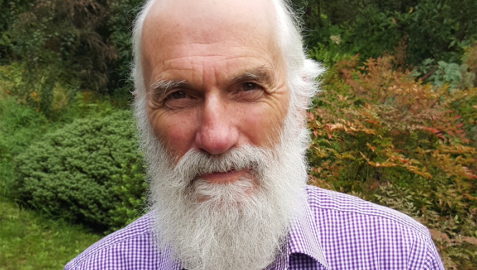 With the Apiculture conference happening this week in Rotorua, it was a good time to talk about beekeeping. Ricki Leahy, commercial beekeeper and ApiNZ board …