At Fieldays this year, three dairy farmers spent a day trying out their listening skills as part of Farmstrong’s ‘You Matter, Let’s Natter’ initiative. This is what they had to say about the experience.

One of the best ways to help people through tough times is to get in touch and listen to show support. But what makes a good listener? Here are some tips from Farmstrong, the nationwide
rural wellbeing programme.

Farmstrong ambassador Sam Whitelock has spent his sporting career managing pressure on the rugby field and helping others do the same. He recently helped Farmstrong create resources on how to have a listening conversation. “I know myself, whenever there’s been a challenging time, it’s nice to be able talk about it and share the load. So just listening can be a huge help to someone who is feeling ‘under the pump’,” he says.

Sam’s take on how to be a good listener is:

• Choose a good time to talk.
• Begin with a simple question like ‘how are you getting on?’
• Be comfortable with silence. Let the other person do the talking.
• Don’t jump in with your solution to the problem.
• Keep an open mind and be non-judgemental.

Fronting up at Fieldays was a little bit out of my comfort zone, but it was awesome. People would come in, have a look around, have a cuppa and a biscuit and then they were away. You’d talk about the farm, the day, the weather and then at some point they’d bring up some experience or challenge they’d had. It was good to just sit there and listen – you realise people have a need to share this stuff.”

“It was also cool when they found out I was dairy farmer. I think that really helped them open up. You could talk about the farm and then transition into other stuff.”

“You could just tell that having a natter with people over a cuppa for ten or fifteen minutes did a power of good. The main thing I learnt was to listen and not butt in. I couldn’t directly help with some of the issues people raised, but I could offer a friendly ear.”

“One thing I’d say to other farmers, if you do want to have a natter with someone make sure you are a good listener. Look through the tips and videos on the Farmstrong website. Everyone thinks
they can listen, but there’s more to it than you think.”

“I had a couple of quite serious conversations and I found listening closely like that does take it out of you a bit. I  spoke to people who’d been through some lows, worked through them, and now they were back up and happy on farm, which was pretty cool.”

“I think as a farming community, this is just another way to help each other, isn’t it? Look at what happened with the floods down south, farmers were helping each other out straight away with fencing and so on. Well, why can’t we have a chat and help each other out that way too?”

“I reckon sharing listening skills with farmers is a good idea, because we all know people who don’t listen well and you can tell they’re not listening, they’re only trying to work out what they’re going to say next.”
“One thing I’m guilty of myself is jumping in and solving people’s problems. But people aren’t looking for that, they just need to offload about something that’s happened to them. They want to talk to someone who understands how farming works, is empathetic and good at listening rather trying to solve things for them.”

“I think it’s a good idea to wait until the end of a discussion to offer any suggestions. Make a few mental notes as you go and then wait until the person has completely finished talking. It’s about not offering too much, too soon. Sometimes we all need a reminder to just shut up and listen.”

“A big part of keeping well on farm is connecting with your mates and checking in on people. The thing is to get in touch while things are going well, don’t wait until things get on top of people. That just leaves them a bigger hole to climb out of. What did I learn about listening at Fieldays? Don’t be that person who finishes other people’s sentences.”

“One of the best conversations I had at Fieldays was with someone who asked me to talk to a farming relative of theirs who was struggling. He told me they were so much better and thanked me for going to see them. That’s your reward for being a good listener. It’s a bloody good feeling knowing that you have helped someone.”

Just staying focused and concentrating on what the other person is telling you takes practice and is definitely a skill.”

“Another thing I struggled with was to listen rather than provide solutions. As farmers we’re so used to problem-solving, but it’s not that helpful if you leap straight in with all the answers. It’s like you’re passing judgement.”

“One of my apprehensions was that I wouldn’t be qualified to help, but you soon realise people have their own solutions and ideas. They just want to talk and the fact you’re a farmer is a real
plus. That’s the beauty of farming – we’re not in competition with each other. We can share ideas and information without it being detrimental to our businesses.”

“I think farmers are definitely dropping their guard a bit these days. There were plenty coming forward to me with all sorts of stuff. We’re getting past that thing of someone asking, ‘how you doing?’ and the other person just going ‘fine’.”

“As farmers we need to use everything at our disposal to look after each other. One of the easiest resources we have is a set of ears! I spoke to a lot of farmers at Fieldays and you could just see when they walked away that their backpack didn’t feel quite so heavy. There’s no doubt that having a friendly ear to turn to is much better than having none.” 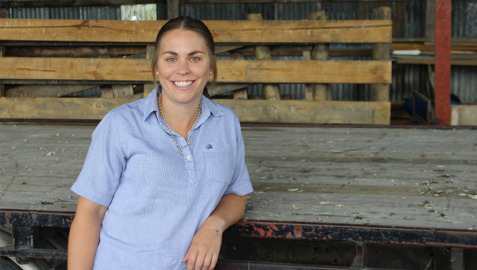 After three and a half years working for Dairy NZ as a consulting officer for the Manawatu Horowhenua region, Kate Stewart has stepped out to … 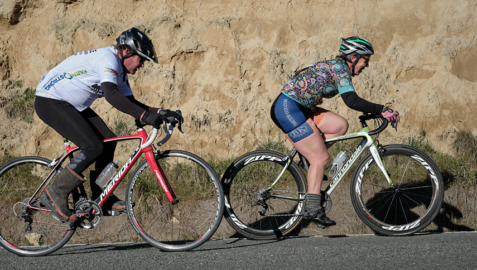 The inaugural Anchor Milk cycle race recently took place near Oamaru. Among the 77 competitors were 28 farmers vying to be recognised as ‘NZ’s Fastest …