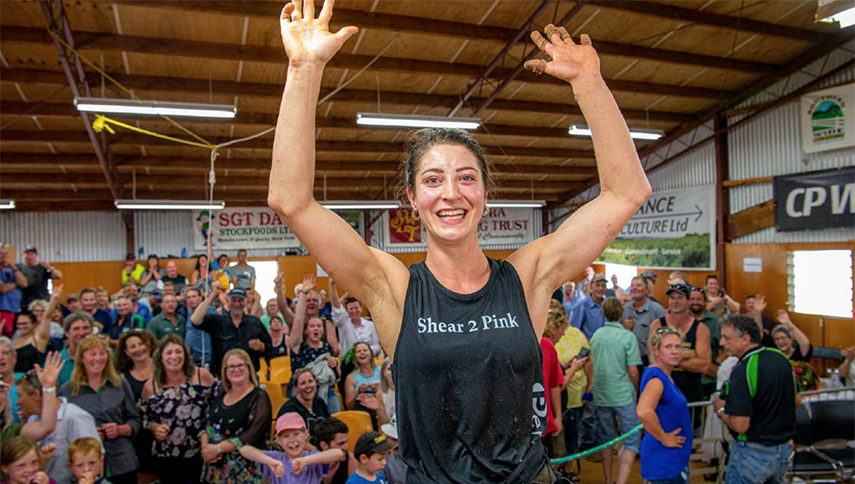 The making of a world record

Gore shearer Megan Whitehead recently set a new women’s world shearing record clipping 661 lambs in nine hours. A remarkable achievement for a 24-year-old who has only been shearing four years. Farmstrong caught up with her the next day to find out how she did it.

How are you feeling today?

“I feel quite normal really. I don’t feel too bad, I’m a little bit tight in some of my muscles but overall I’m feeling pretty good. It hasn’t quite sunk in yet to be honest. It’s a relief.”

Why did you get into shearing?

“I love the physical side of shearing and the competitive side too. In shearing, you get paid on how hard you want to work. I get a lot of satisfaction from pleasing the farmers and leaving work every day after reaching my targets. It’s very satisfying. It’s also fun racing people every day. I love that side of it.”

Tell us about your preparation for the record. What did you do?

“To break the record, I did a lot of training and completely changed my diet. I was going to the gym 6 nights a week after shearing. I was doing a lot of mobility work and cardio work. I’ve always stretched before work.”

“I quit caffeine, alcohol, sugar and bread and most dairy products for seven months. I was eating a lot of high protein foods – salmon and fish and small amounts of red meat.”

“I also went over the mental side of things – learnt breathing techniques such as box breathing where you hold your breath for five counts and then breath out for five counts. It’s a good way to relieve stress.”

“I also did 20 minute meditations. That relaxes you too. When you’re shearing you’re constantly thinking. It’s just such a big mental game. You’re hitting targets and pushing yourself to the limit.”

What was the biggest challenge on the day?

“To set a record, it’s not just the physical side, you’ve got to be mentally strong and prepared as well. You constantly need to keep yourself in a positive and good head space.

During the last run, the sheep weren’t quite sitting, so the last run was mentally very tough. I wasn’t too tired at all, but it was just mentally draining to stay focused.”

“But there was no way I was ever going to give up. When you really want something and love doing something so much you just keep pushing through. That’s why I had Dad as my second. He was constantly talking to me and keeping me positive as well. It was a real team effort.”

What did you learn from the experience?

Megan’s father, Quentin, also chatted to Farmstrong and provided the back story.

How did Megan get into the industry and progress so quickly?

“She got a job locally and I’d pop out to the shed occasionally and show her the pattern that I shore with, which was the pattern taught to me by John Fagan who taught Sir Dave Fagan, the greatest shearer the world has ever seen. So Megan never knew any bad habits, she only knew the fast way to shear a sheep. That’s how she’s progressed so quickly.”

Going for a world record brings a lot of attention. How do you manage that pressure?

“Megan gives everything 150 percent and made the sacrifices required during her 7 months of training for this record and it’s all paid off. She’s a very determined and strong-minded person and that’s the reason she managed to do it. Because you can have all the skill in the world, but if you can’t mentally control everything that’s going on it’ll be tough, and that was the challenge all day. When you have a bad patch during a run and you’ve got to be able to control how you react to that. The ability to stop and have a little breather and get back in the right head space is vital. That’s how I was helping all day. Leaning over the pen and offering encouragement.”

“You’ve got to love shearing to do it because shearing’s a hard job. There’s not many jobs where you take a sweat towel to work with you. Builders and construction workers don’t have a sweat towel hanging over their scaffolding. But once it gets in your veins, every time you’re in the catching pen and catch a sheep, you’re trying to shear that one better than the last one. That attitude and desire is what separates the top shearers in the world. I don’t know if I got to a million sheep, but I must’ve been close. But to the very last sheep, I was always keen to shear the next one better than the last.”

How have things changed in the industry since you started in terms of preparation, conditioning and looking after people?

“The shearing industry’s come a long way in the last 20 years. When I was shearing, a lot of the old fellas wouldn’t even encourage you to drink water, so most of the day you were shearing dehydrated! So there’s a lot more knowledge and support there now. Most contractors are very supportive of their crews.”

“For example, Megan worked for Cody Waihape at Platinum Shearing who runs one of the most professional shearing gangs I know of. It’s a great environment to work in. All the young people are well supported, they go to shearing schools, and go to competitions and he makes sure they are looking after themselves after work – eating properly, getting enough sleep and doing stretching and conditioning. And contractors like that tend to attract all the good shearers. Professionalism attracts professionalism.”

There’s a shortage of shearers at the moment. Do you think something like this  will attract more women into the industry?

“The shearing industry’s been lucky with the number of women who have picked up the hand piece over the last five years. There are some really good women shearers out there. It’s great to see them on the stand. They bring a great attitude.”

“If we can get more women involved in shearing, you’re going to double the potential pool for the workforce. Especially now with Covid, it’s just so expensive to get shearers into the country and through quarantine. We do need to get more young shearers. It definitely helps to have role models like Megan so young people can see shearing is something they could do as well. She is a real model for any young person picking up a hand piece in New Zealand.”

Megan Whitehead’s solo women’s record of 661 lambs in nine hours is a case study in the power of the Five Ways to Wellbeing that Farmstrong promotes. These are the healthy habits which the science of wellbeing says not only improve how we feel, but also our productivity and performance. Let’s see how they helped Megan achieve her world record.

Learn – Megan learnt the ‘Fagan pattern’ from her Dad which meant she could shear faster. She also learnt breathing and relaxation techniques.

Connect – Megan surrounded herself with a great support team. A large crew was helping around the shed on the day, including her father Quentin. Southland shearing legend and multiple New Zealand representative Nathan Stratford was looking after her gear.

Take notice – During her five shearing ‘runs’ on the day Megan had thinking strategies that trained her mind to stay focused and ‘in the moment’.

Keep active – Her body was in tip top condition to meet the physical challenge of a nine-hour day in a hot woolshed. She went to the gym six days a week, even after a day’s shearing.

Giving back – Megan dedicated all her spare time for seven months to showcase women’s shearing. Asked about her feat, she downplayed it, saying she was just ‘one of many capable female shearers’. 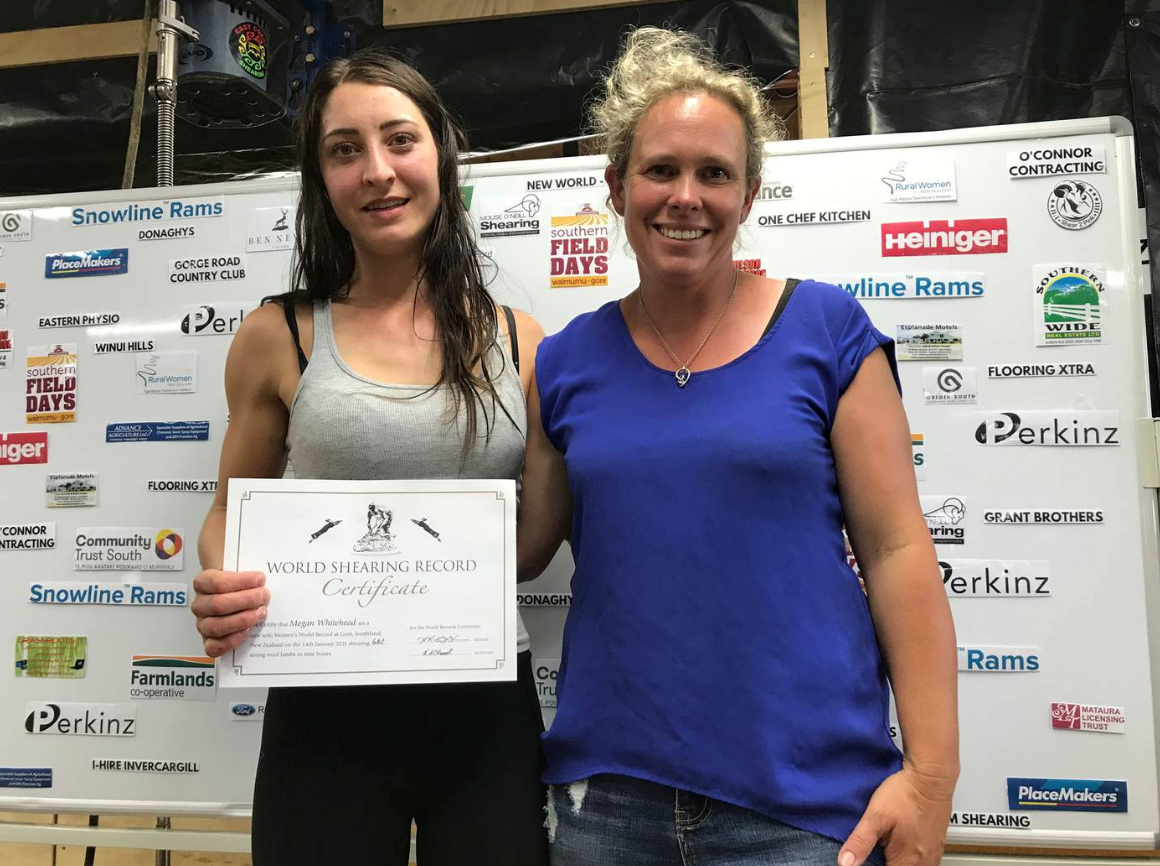 Megan with former the record holder and champion shearer Emily Welch, who was there on the day to support her. 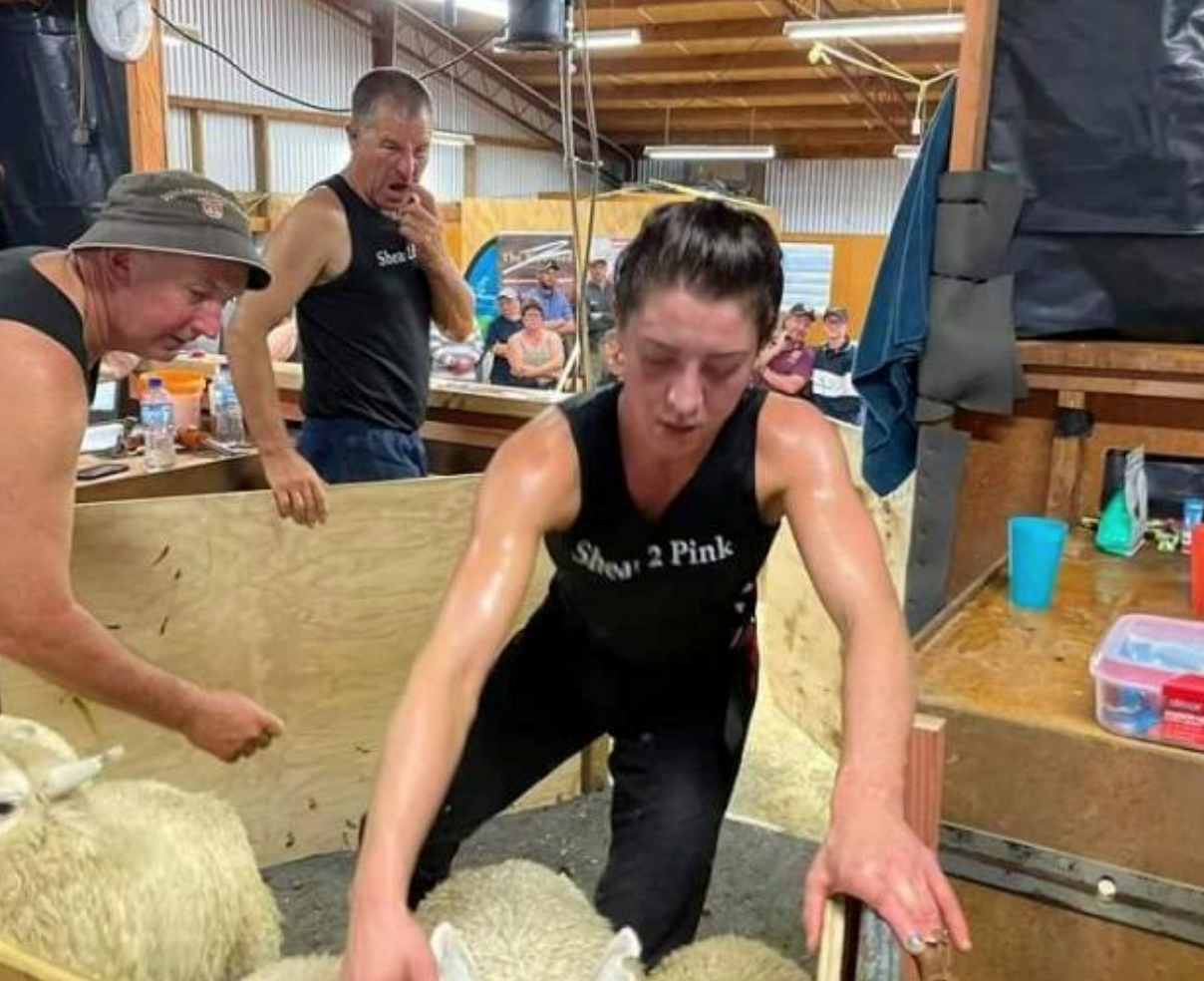 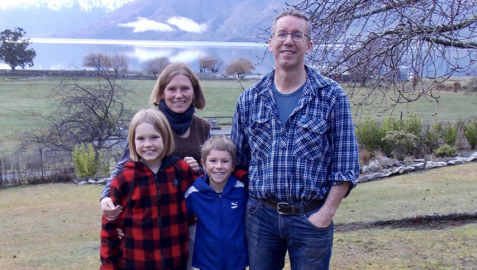 Lucky to be alive

Sheep and beef farmer Jack Cocks almost died from an aneurysm. Now he’s sharing with other farmers what his recovery taught him about resilience.  Jack’s … 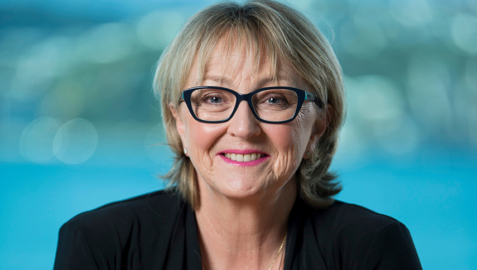 In the Thrive Guide for farming women, Sandra Matthews shares her tips for nurturing and caring for yourself. What is the one thrive tip/practice that you …