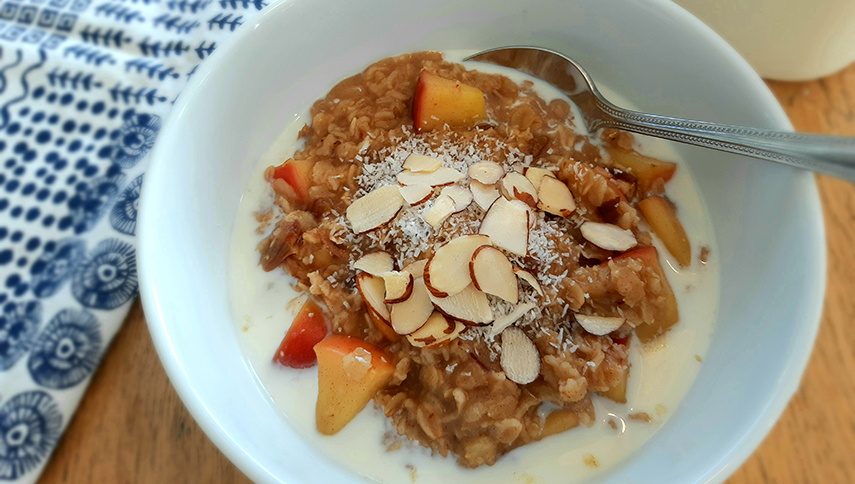 Warming porridge, with the flavours and crunch of apple crumble, is a great start to the day. Thanks to the fibre in rolled oats, the release of carbohydrates into your body is slow and steady, helping you feel satisfied for longer.

In a medium-large pot, melt butter over low-moderate heat. Add apple, sultanas and spices, stir well, add a splash of water and cook for 5 minutes or until apples have softened and water evaporated. Stir in maple syrup/honey if using, then add oats, water and salt. Bring to the boil, then reduce the heat and simmer for 3-4 minutes or until porridge has thickened.

Divide into bowls and top with the coconut and almonds, as well as any porridge additions you enjoy. 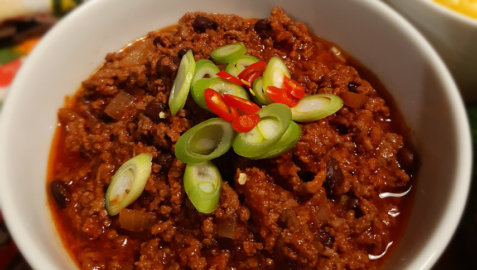 This Mexican Beef Mince is so versatile – load it onto nacho chips or baked kumara with sour cream and spring onions, top with creamy … 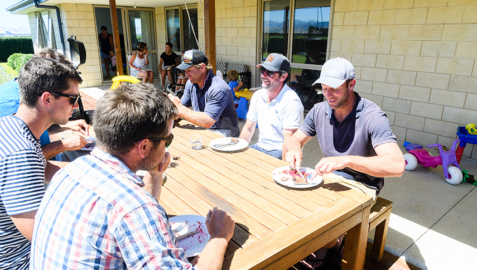 Eating well gives your body the energy and nutrients it needs to perform at its best. That’s why a nutritious diet and regular meals are …