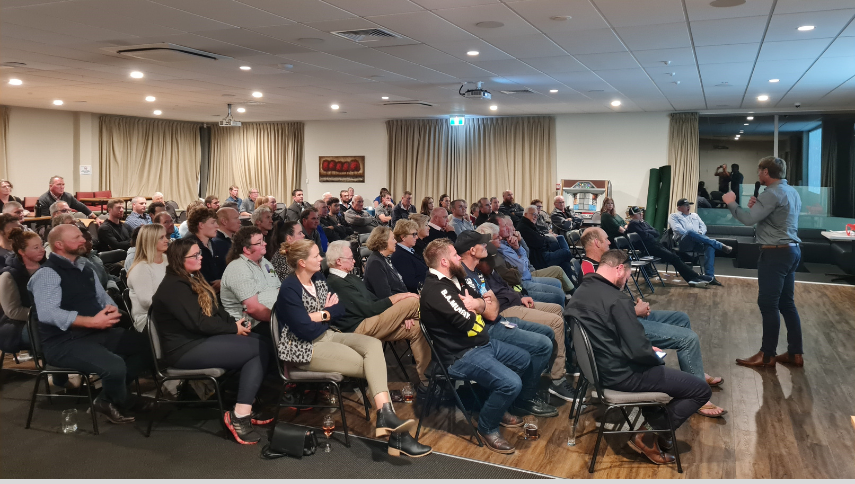 After three years of Covid disruption and other challenges, rural communities are organising events to reconnect. Erin Harvie and Wendy Main, organisers of a recent ‘wellbeing’ evening in North Canterbury, share what it takes to make it happen.

Erin and Wendy have been involved in a Ministry for Primary Industries project run by the local Waimakariri Landcare Trust. The project focuses on four aspects of farming, one of which is community wellbeing. “Some of the farmers involved wanted to build connection within the community so we organised a ‘wellbeing’ evening,” says Erin. “That was the driver.”

Wendy, whose family runs a dairy farm near Oxford, says the timing was good. “Farmers in this area have been dealing with a lot of change, a new district plan as well as government regulations. Sometimes as farmers you sit and think ‘What next?’ You just get your head clear from one thing and something else comes along.”

Covid-related labour shortages have added more stress, she says. “There’s been real pressure on farmers and staff to get all the work done and a lot of long hours. Any opportunity to get off farm for a bit is good.”

Erin organised a couple of well-known local speakers to headline the event. First up was Scott Robertson, the Crusaders’ rugby coach. He spoke about building and maintaining team culture and leadership styles. “A lot of what he discussed you could really translate across to farming,” she says.

Next up was Craig Wiggins, the brains behind an initiative called Lean on a Gate, Talk To A Mate. “He focused on the importance of staying connected with friends, sharing your challenges and reaching out for help if you’re not doing so well, rather than hiding away in your back paddock,” says Wendy.

Wendy had organised representatives from the North Canterbury Rural Support Trust, the Rural Women’s network, Stay Well and Farmstrong to come along and speak as well, so people could see what help was available locally.

As she notes, “It’s important for farmers to know there is support out there if they need it. Also, when you see a face, you’re more likely to ring them. That’s how rural communities work. Not everyone is on a computer screen, so an event like this allows people to get cards and phone numbers.”

After the speakers, people stayed on and chatted over supper. Wendy says offering food is another drawcard. “We tapped into our community networks and used the local Workingmen’s club. It was great to use their knowledge for things like the catering and setting up the venue.”

The pair also organised free health checks for those attending through rural health initiative Stay Well. “People were able to get their blood pressure, cholesterol and glucose tested,” says Erin.

How much time goes into organising an event like this? “We discussed the idea for a few months,” recalls Wendy, “but it probably only took a month from the time we started organising it. I spent a few hours a week, Erin may have spent longer.”

Promotion is obviously crucial. Erin’s job was to spread the word. “We promoted the event through the Rural Support Trust, posted on Facebook and promoted it through our local radio station Compass FM. They have a large following locally. The week before the event I was interviewed on air and they included it in their community notices.”

These efforts paid off. On the night, over 70 people turned up. Things went so well the evening ran over time. “It was supposed to be two hours, but it ended up being closer to three,” says Erin “The speakers and questions took two hours and there was another hour for people to catch up, have their supper and get their health checks.”

The feedback was very positive says Wendy. “People came up after and said ‘thanks for that. I’ve suffered in the past and it’s good to know I’m not the only one.’ So, you’re giving people permission to have those conversations and there were people there reaching out.”

Erin agrees. “People said they found the speakers interesting and took away some good pointers. There was lots of discussion.”

Wendy also described the rewards of running such an event. “I’ve got real heart for events like this. I’m a registered nurse and work at a local general practice. I see and hear people who are struggling out there in our communities. It’s great to show people where they can go for help.”

“We’re considering holding another event towards the end of the year after lambing, calving and harvesting. It’s important to pick a time when most people are going to be available.”

Free copies of Farmstrong’s new book Live Well, Farm Well were quickly snapped up. The book features the stories of 29 farmers managing the ups and downs of farming as well as expert advice on topics such as managing stress, sleep and nutrition.

“The book provides a lot of practical tips on how to keep on top of your wellbeing by making sure you make time to look after yourself as well as your farm. Farmers often struggle with that idea,” says Wendy. “The value of an event like this is that if you hear someone else down the road is doing it, it helps you accept that you can take that time for yourself.”

“An event like this, ticks a lot of boxes,” says Erin. “It’s nice and social and it gets people off farm. Every once-in-a-while it’s great to just pause and focus on your wellbeing.”

Farmstrong is a nationwide, rural wellbeing programme that helps farmers and their families cope with the challenges of farming. To find out what works for you, check out farmstrong.co.nz. 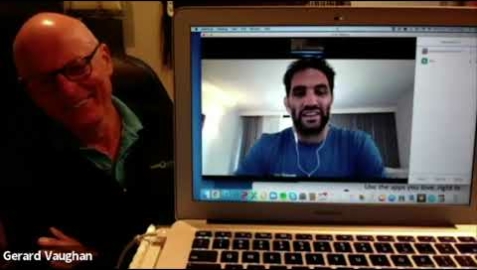 In this video Sam Whitelock shares how he manages disappointment, overcomes challenges, deals with pressure and other people’s expectations and discusses how you could apply … 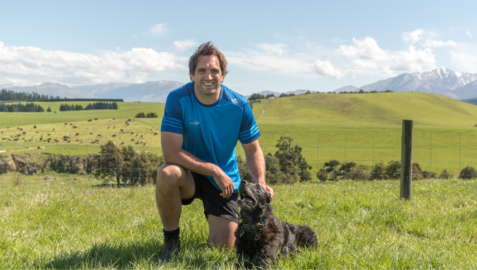 “I know through the work I do for Farmstrong, how important it is to keep talking and check on those who might have ‘dropped off …