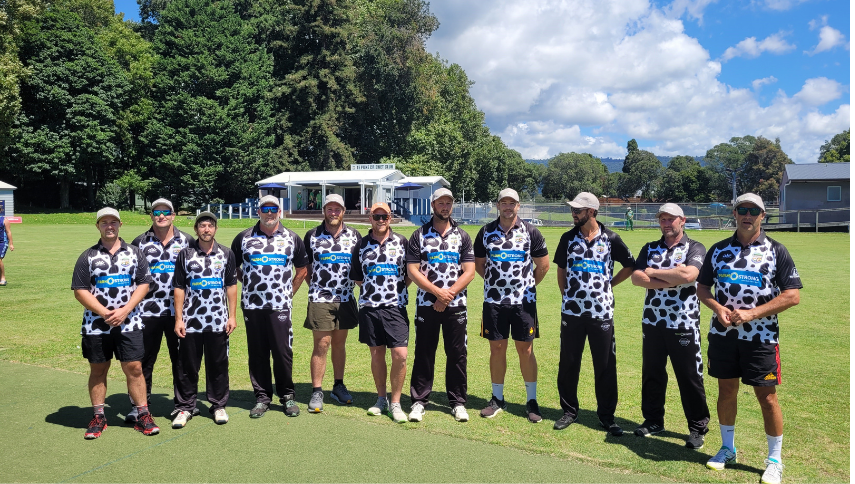 A Catch-up Over Cricket

Tim Bond recently pulled on the pads for the dairy farmers team in Te Puke’s annual farmers versus growers cricket game. He shared his thoughts with Farmstrong on the serious message behind the fun.

How did the game go Tim? You come from a sporting background, don’t you?

Yes, I played rugby at a high level for about ten years. Played in Japan for five years and played for Bay of Plenty, Northland and Waikato. But on the cricket field I’m afraid I’m just another battler. I think we lost by about 40 runs, but it was a brilliant day.

I’ve only ever played social twilight cricket in Te Puke and that’s how I got roped in, but I thoroughly enjoyed it. My background’s in rugby, so I’m actually thinking of a way we could take this idea and use it there.

Everyone’s busy on their farms or orchards at this time of year, why take time off for a game of cricket?

Well, that’s the whole point. Even though you’re head down, bum up all the time, you’ve got to make time for these sorts of things to keep well. There’s never a right time in farming. There’s always something to fill a gap in your day. But everyone needs to have that bit of time off where they can just go and have a laugh and unwind. It’s not just good fun, it’s actually good for you.

So, it’s not just about the cricket?

That’s right. To someone else looking in it might just look like a fun game of cricket, but for someone on the field, it might be their one opportunity to get off their farm or orchard for the week, or for the month. The game’s also a great way to raise awareness about rural mental health.

How’d you get into the industry?

I grew up in Darfield, Canterbury. I wasn’t off a farm, but I was always on them, so I had an interest in working rurally. I now work as a livestock agent with up to 30 dairy farmers a year, so I have good appreciation of the issues they face.

What are you hearing are the main pressures?

Weather’s a massive one for farmers and I can see that really puts pressure on. This year’s been a bit kinder, the payout’s good and the schedule’s good, but there’s not a lot of space for guys to get cattle away. There’s a fair bit of grass around Te Puke, but if it was a drought year and they couldn’t get their cows away, it’d be tough times. Things can change so quickly. Anyone who works outside is going to be at the mercy of the climate.

Covid’s added another layer of disruption, hasn’t it?

Yes, that’s right, labour’s in short supply. The markets are buoyant, but I feel for these guys at the moment. There’s only so many workers out there. I was talking to a client who had a contract milker all signed up and a month into the job he just rang the boss and told him he was moving. That was it, he just left, which was incredibly difficult for the farmer.

What can rural people do to make themselves more resilient? What do you do?

I work and I’ve got a young family which keeps me busy, but I think it’s about making an effort to take time off no matter how busy you get. I really enjoy getting out for a run every now and then. If I feel things getting a bit tight mentally, I’ll try and bang out a run and do 10ks.

How does that help relieve pressure?

I’m a big believer that pushing yourself physically a couple of times a week helps your headspace. There’s a science behind it. It clears the brain. If you’re pushing yourself, all you can think about is how hard you’re working and so mentally that is time away from anything you might be dwelling on at work. That’s probably the easiest way to completely switch your brain off something. So my thing is to have a blow out a couple times a week, but I appreciate that’s not for everyone. It’s about finding what works for you.

Is that why you make time for twilight cricket too?

Yeah, that ticks a lot of boxes. That’s what you start to realise as you get older. Time gets very scarce and if you can set a bit aside for yourself, it’s bloody good for you. It’s good mentally to just sit down and have a beer and chew the fat with your mates.

Any other strategies that have worked for you?

I’ve found sometimes taking the little wins and acknowledging them is helpful. If you make a change on farm and it works, celebrate that. If you’re constantly focused on big goals, life can feel overwhelming. The other thing is to trust your processes. If you know what you’re doing and you believe in your system, push on with it and adapt as necessary. If you tick all your boxes, then there’s nothing more you can do or control.

Farming can be an isolated occupation at times, can’t it?

Yes, I was talking to an agent with his own farm, who went from drought to heavy rain, from having no feed and dry to having no feed and wet. He told me he actually got quite depressed and never left the farm for three months. It wasn’t til he got off farm and started meeting other farmers that he saw everyone else was in the same boat. So I think a big part of keeping well mentally, is just getting off the farm when things are tough and telling yourself, ‘It’s not me, I’m not a useless farmer, everyone else is struggling too. We’re in this together.’

Do you think attitudes are changing towards people discussing these issues?

When you’re up against it, I don’t think these conversations are ever easy to have. But I think programmes like Farmstrong make it easier for people to ask how people are doing and for people to respond if they’re feeling under the pump. I think people’s mental health has come to the forefront of issues farmers discuss and that’s making it easier to ask each other. If you see a mate who’s a bit ‘off’, it’s easier these days to ask ‘are you all right?’, rather than just writing the guy off as a grumpy bastard like people used to back in the day.

What’s the key to having a conversation with someone struggling?

I think the most important thing is to just listen. You don’t need to come up with the answers. That’s why I really like the You Matter, Let’s Natter mugs Farmstrong gives out to farmers. It’s subtle, but it works. You can keep it in the cupboard, your mate comes round to have a cuppa and you can drop into the conversation, ‘well how are you getting on?’ I thought it was a bloody good idea.

Rugby and farming are both physically and mentally demanding occupations. Have you noticed similarities in terms of pressure?

Yes, but the big difference for farmers is that it’s an everyday thing. In rugby you have your highs and lows during the week and the game on Saturday, which you either win or lose. But farming is relentless, day in, day out, so I can see how it could become a grind. It’s much easier to slide into a darker space. That’s why you’ve got to find those things that will lift you up again if you’re having a tough week. You need balance. It doesn’t have to be anything special.

What do think of Farmstrong’s live well to farm well message?

I think the public forget sometimes how much farmers just want to be good farmers. Farmers love their animals and land and put a lot of thought into their systems. Keeping well is just another aspect of running a good business. I work in a privileged role where I get to meet many dairy farmers and can have a yak with them. When times are tough, in a drought for instance, I can remind them that they’re not the only ones up against it.

I think it’s important, as an industry and as individuals, to be able to spot those markers when things are starting to turn a little bit for people. If you’re normally energised and suddenly struggling to get out of bed or lacking in motivation, rather than struggle on for three weeks, ask yourself why am I feeling this way? If you’re getting those indicators that things are starting to slide a little bit, do something. Talk to your friends and family, get off farm for a break, check out the resources on the Farmstrong website. Don’t just struggle on.

So your main message is get out and talk?

That’s right. The crux of it for me is that you’ve got to be around other people. We’re social creatures. That’s where hobbies and cricket and rugby clubs come into their own. You can rub shoulders with other people and get that little bit of time off the farm. Things like twilight cricket are a good outlet for farmers. I see them sitting down and talking about how the neighbour’s cows are milking. Suddenly farming’s not so isolating.

Farmstrong is a nationwide, rural wellbeing programme that helps farmers cope with the ups and downs of farming. For more information visit: www.farmstrong.co.nz 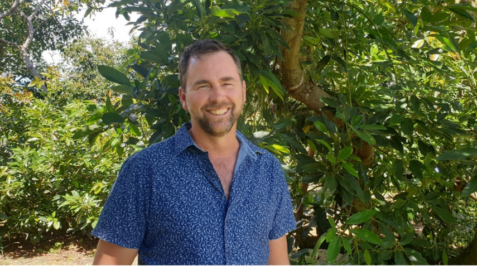 Leighton Oats is a veteran of the Kiwifruit industry – 20 years plus. Now he runs his own four and half hectare kiwifruit and avocado … 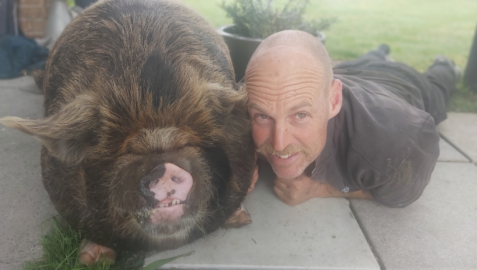 Paul Walker runs a 300-cow, 90-hectare dairy farm in Pongakawa, just south of Te Puke, in the Bay of Plenty. He discusses the difference Farmstrong …