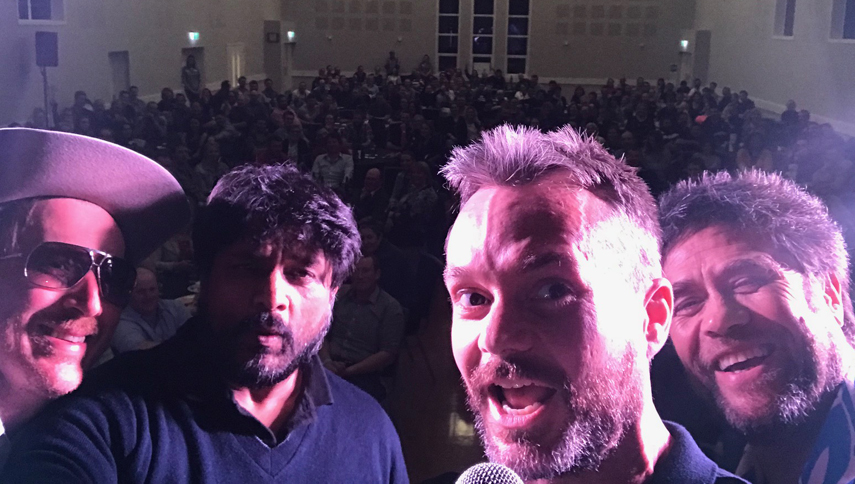 The farming community in the deep South were recently treated to a raucous night of comedy when an all-star line up of comics put on a show to remember.

Winton dairy farmer Tim Driscoll went to the show with his wife and some mates. “It was bloody awesome. It was good to get out and off the farm in the middle of our busy season. We don’t usually get off the farm at this time of year so it was really refreshing,” Tim says. “We went out for a feed beforehand and it was great to catch up with friends and have a yarn and it was really good for the community to get together.”

The show was organised by Farmstrong, Rural Support Trust and New Zealand Young Farmers. Two other shows were also held in Taranaki and Hawke’s Bay.

Making the most of opportunites

Tim says it was nice to have an event on that was a bit different. “It’s not often you get a comedy show in Winton and we might not get one again so it was good to make the most of the opportunity to go out and have a bit of a laugh.”

He says the event was really well run and all the comedians hit the mark. “The comedians were bloody funny and all quite different from each other. They covered general topics and didn’t talk about farming, which was a good break for us to hear about other things.”

Tim, who has four sons under six, says having a pre-organised event like the comedy show made it easier for him to get off the farm. “Sometimes I’m at the cow-shed at 5am and don’t get in until 8.30/9.30pm so when it’s a pre-organised event it means I have to go, no excuses, which is great.”

While Tim admits he’s not the best at getting off the farm and having a break, he says he’s getting better at it. “It’s much easier to get away when you lock your plans in. We’ve organised a camping trip over Christmas and New Year and also a campervan trip in Australia next winter.”

He says keeping connected with people is important, even if you can’t physically get off the farm. “It’s about taking the time to talk to people. Your cell phone is the cheapest tool you have so just pick up the phone and have a yarn to someone, especially when the weather is shit.”

Also in attendance at the comedy show was FMG Southland area manager Guy Taylor. “It was awesome. The mood and vibe was great and everybody went along to have a good laugh and they did,” Guy says. “The show achieved its goal which was to get farmers off their farms and connect with other people, have a laugh and forget about the day to day troubles of running a farm in Southland in spring.”

Guy, who grew up on a farm, knows that farming can be a lonely existence. “A lot of farmers work by themselves so social contact is important and it’s good to be reminded there is life outside the farm.” 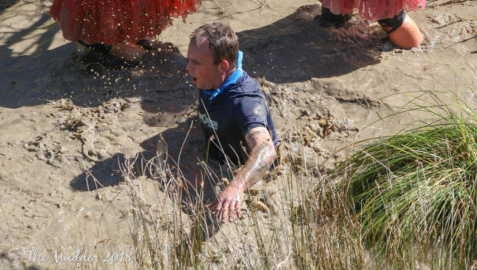 Farmer gets running for Mudder challenge 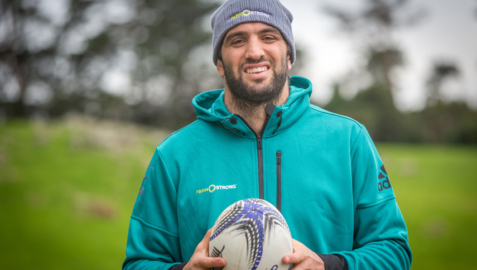