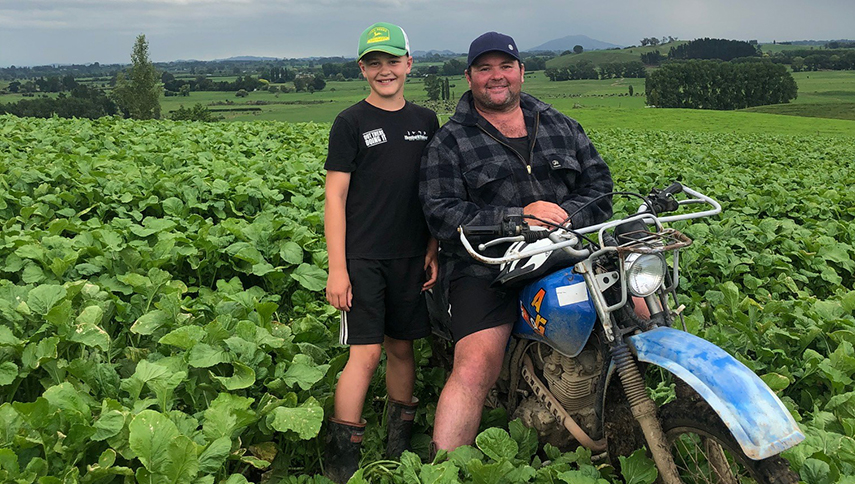 A near-fatal accident completely changed Owen Gullery’s approach to life and farming. Now he’s alerting other farmers to the dangers of fatigue and burnout.

Owen contract milks 480 cows on a dairy farm near Cambridge. He’s been in the industry 20 years and loves ‘the daily challenges of farming – good and bad.’

“We’re having a good year, spring’s been kind to us in terms of weather – we’re not swimming round in mud. Everything’s tracking along nicely, the cows are doing well, it’s a nice property and good people.”

Which all sounds cruisy, doesn’t it? In fact, it turns out Owen’s lucky to be farming at all. A few years back a tractor accident almost claimed his life. It’s a moment he still vividly recalls.

“I’d only been contract milking a couple of years in the Manawatu. I was your typical ‘I’m gonna take on the world’ guy, working full-on hours. I wanted to make as much money as I could, bank every cent so I could buy a farm. That drove me to work 200 to 300 days in a row without a break.”

“I only had one staff member when I actually needed two, but I was trying to save money. We had young kids too. I was busy on all fronts. But I thought, ‘It’s my time. I’m in my prime. I’ll go as hard as I can’. I was working from 4 in the morning til 8 at night most days.”

“The night it happened, I had a cow I knew would have problems calving so I was waiting to calve her. I went out to check her late at night. We had a three pond effluent system and I knew she was in the paddock by the dry pond, but it was a ‘pea soupy’ kind of night with fog everywhere.  By the time I got to her it was 11 o’clock at night in October and I hadn’t had a day off all year. I drove the tractor up the side of the pond where I thought she was, went over the bank and before I knew it, the cab was filling up with effluent. I’d driven into the wrong pond because I was so tired.”

“I couldn’t get anything to open. I ended up gasping for breath in the last couple hundred mls of cab space, managed to kick the back window open, grabbed the blade on the back of the tractor and hauled myself out. It was pretty scary. I ended up sitting on the bank balling my eyes out.”

“I got home in shock and rang the boss to tell him his tractor was in the effluent pond, which was a strange conversation to have,” he laughs. “And after that? Well, after that …” he pauses, “A lot of things changed.”

Changes had to be made

Owen immediately employed part-time help. He took his first break of the year and scheduled two afternoons off a week from then on. The family also reset their life goals and direction.

“We changed from being prepared to go anywhere and do anything just to own a farm to concentrating on being a stable, secure, happy family, no matter what it meant in terms of farm ownership. I don’t want to sound dramatic, but that’s what happens when you see your life flash before your eyes.”

“I could’ve easily not gone home that night and I never want anything like that to happen again. While farm ownership and herd ownership are great goals to have, they were no longer my priority. My priority was being there for my family and staying fit and healthy and in a good head space.”

Owen spent time reflecting on what he liked about farming life and adjusted his work/life balance accordingly. “Farming can be hard yakka. You’ve simply got to have downtime to stay healthy and safe. You need staff to enable that so instead of stretching it with part timers, we now have three full timers and that keeps everyone happy. Sure, it might cost me an extra 20 grand a year, but that’s insignificant in the scheme of your life and relationships.”

“When you’re knackered, it makes everything about running your business that much harder. But it doesn’t actually cost you that much extra to have regular time off and a life outside the farm. Why wouldn’t you pay to avoid all that stress and strain on your business?”

Cut to the present. These days, Owen –  a former front rower who loves his sport – plays tennis and cycles to keep fit and coaches kids’ rugby. He also meets up with a group of other rural guys once a week to ‘solve the world’s problems over a beer’. “We love being involved in our rural and school community. Our kids are growing up fast and there’s always plenty to keep us on our toes.”

Owen recently got in touch with Farmstrong to see if his story could help other farmers avoid injury. “In the dairy industry we often talk about cows and grass but I reckon there’s a whole area that’s largely untapped – people’s ability to cope physically and mentally. I think if people were in a better space, staff turnover wouldn’t be as high and properties would do better. I’ve learnt that spending time off farm and remaining fit and healthy are actually very good for the business.”

“That’s why Farmstrong’s invaluable, it makes it easier to discuss these things sensibly and maturely. The future of farming cannot be a farm owner going, ‘harden up and do the bloody job’. It has to be ‘how can we improve as a team?’ Sure, rain and fertilizer make farms tick, but fundamentally farming relies on people.”

“Farming can be a great lifestyle, but not the way I was working. Prior to my accident I probably had no more than a week off over three years! Looking back, I realise there were near misses and close shaves all the time. But it literally took an accident to change my thinking.”

“I still think about that night all the time. That accident was 100% my fault and avoidable. That’s why this stuff’s worth talking about.” 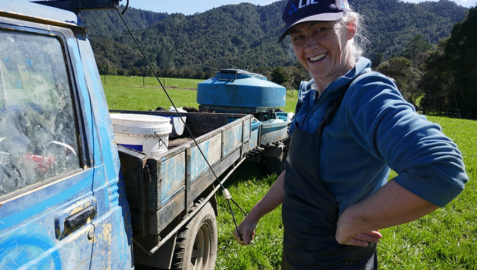 Tanya Sanders not only helps to run a 380-cow dairy farm in Northland, but also works as a GP locum in the area. She shared … 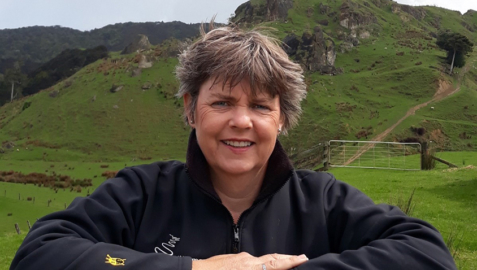 In the Thrive Guide for farming women, Fiona Gower shares her tips for nurturing and caring for yourself. Fiona lives with her family on a …